The former Indian player Virender Sehwag says that it would be difficult for MS Dhoni to make a way back to Indian International squad. Former Indian skipper MS Dhoni eventually seen in action in the 2019 world cup semi finals against New Zealand where India lost the match. Dhoni himself made unavailable for the further International matches after that.

With Dhoni out of action, India have tried out the likes of Rishabh Pant and KL Rahul as the wicketkeeper-batsman and the latter has been really impressive. At first Pant was tried out but he squandered the chances before the team-management handed the wicketkeeping gloves to Rahul.

Dhoni is expected to make his way back to the competitive games through the IPL 2020. But due to coronavirus pandemic the IPL has been postponed to mid of April. BCCI also released a new update to host the tournament in July 2020.

BCCI assured that Dhoni’s performance in IPL would have a chance to bring him back to the squad. But with uncertainty over the tournament this year, Dhoni’s plans might have taken a big hit. And amidst all these, Sehwag believes that with Rahul and Pant in the team, there is no place for Dhoni.

“Where will he fit in? With the likes of Rishabh Pant and KL Rahul already in form, especially the latter performing exceptionally well of late, I think there is no reason why we should not stick with them,” Sehwag was quoted as saying by India.com.

Virender Sehwag also defend Indian skipper Virat Kohli who faces criticism for his poor form in New Zealand tour. Virat Kohli literally failed to make a descent score during the Kiwi’s tour and also lost the No.1 position in the test ranking.

“He [Kohli] is a class batsman but that has happened to all the great batsmen in different eras be it Sachin Tendulkar, Steven Waugh, Jacques Kallis or Ricky Ponting,” Sehwag said.. “We must admit that the Kiwis were superior to us in the ODIs and Tests. In the T20s, Kiwis lost close matches. In the shortest format it is always difficult to make a quick comeback.” 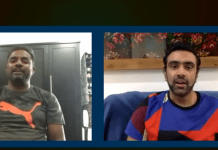