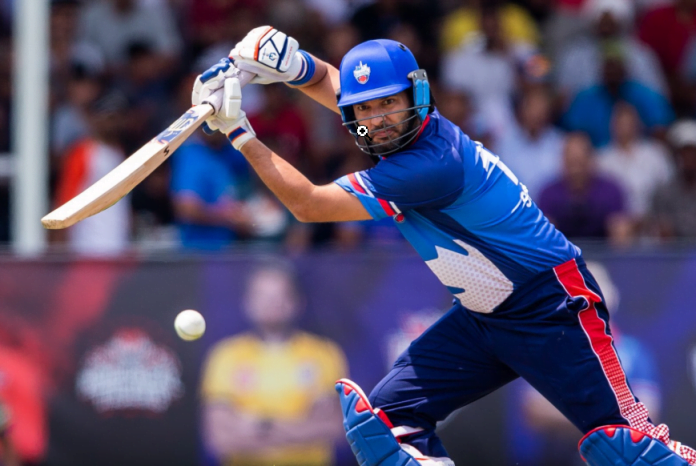 Former Indian all-rounder Yuvraj Singh has expressed his desire to participate in international cricket leagues. After announcing his retirement last year, Yuvraj had even received a No Objection Certificate (NOC) from the Board of Control for Cricket in India and participated in a couple of leagues like the Global T20 Canada league and the Maratha Arabians in the T10 league.

He was expected to feature in many overseas leagues this year but the coronavirus pandemic has confined him to his home.

“I want to play in the international leagues; however, I don’t know when these leagues will resume, considering the pandemic,” Yuvraj told Hindustan Times.

Cricket is gradually coming back on its feet as matches are being played in a bio-secure environment but it remains to be seen when and where do we see the swashbuckling southpaw back in action.

Earlier, the much-anticipated 13th edition of the Indian Premier League (IPL) was also confirmed to be organized in the UAE.

Earlier Yuvraj Singh opened up on how Sachin Tendulkar inspired him to make a comeback to international cricket post his battle with cancer.

The former India left-handed batsman was the Player of the Tournament in the World Cup 2011 but was diagnosed with cancer soon after. He fought it successfully and made a comeback to the Indian team in September 2012, before playing on for five more years.

“There were a few ups and downs. I kept on speaking to Sachin, and he said, ‘Why do we play cricket? Yes, we want to play international but we play for the love of the sport. If you love the game, you want to play” Yuvraj told Sportskeeda.

“Sachin said, ‘If I was in the situation, I wouldn’t know what to do but if you love the game, you still play the game and decide when you want to retire. People should not decide for you”.